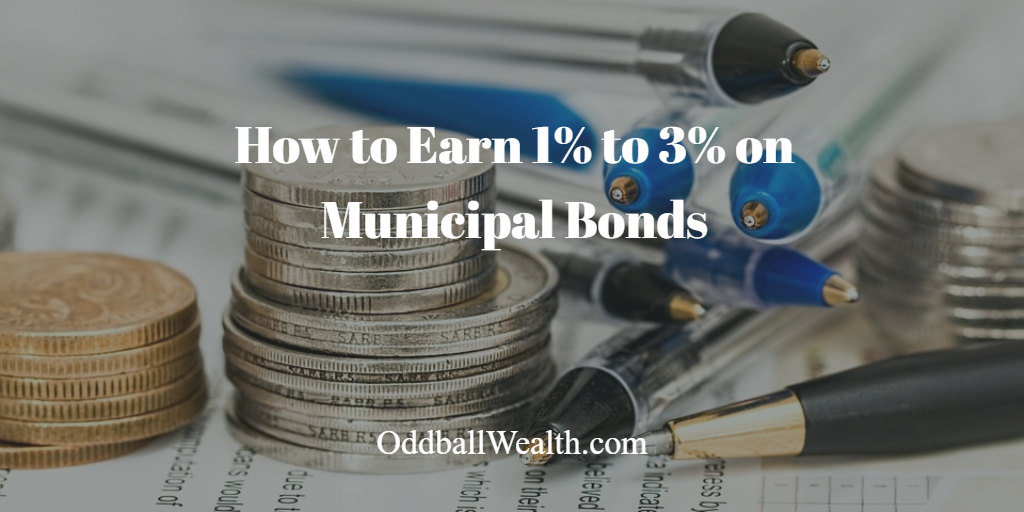 By only looking at the face value, state and local government issued bonds don’t have too much “sex” appeal in the form of a yield.

One important thing that you don’t see on the surface is the bonds “intrinsic value.” Municipal bonds have a special hidden value which many investors neglect. What many investors forget to calculated is the interest gained on muni bonds usually isn’t taxed at a federal level, and sometimes they’re even exempt from state tax.

That being said, municipal bonds can have a much bigger yield than just their principal interest, especially if you’re in a higher tax bracket.

For example, let’s say you’re in the highest tax bracket, which is the 39.6 percent bracket, and you have a municipal bond that has a principal yield of two percent, which is actually a taxable yield of 3.3 percent. Since you earn a higher income, we’ll add in a Medicare levy of 3.8 percent. Then the municipal bonds tax-equivalent yield rate of two percent at a “tax-free” rate jumps up to 3.5 percent.

Related Article: How to Earn 1% to 4% on Your Money from Bank Accounts

In the past two years, quality tax-free municipal bonds have had a pretty good run. Their average rate of return in 2014 alone was 9.1 percent, and in 2015, 3.3 percent. In my personal opinion, the muni bond market still looks fairly cheap today. When you take taxes into consideration, municipal bonds rate of return beats treasury bonds with similar maturities.

Today it’s not uncommon to hear or read in the news and media about states and other local governments having poor finances. The truth is, it’s extremely rare for a state or local government muni bond to default. Nearly every muni bond issued follows through on their obligations.

If you need numbers to back it up, the default rate on individual municipal bonds is lower than 0.2 percent a year. That’s significantly lower than the rate for default on high-quality corporate bonds.

What Are the Risks for You and Your Money?

As with just about any investment, there are some risks associated with municipal bonds. Prices on bonds could change if a state or local government receives a lower credit-rating. According to Moody’s, states like Pennsylvania, New Jersey, Louisiana, and Alaska currently have negative credit ratings.

The value of existing bonds could drop because of rising interest rates and impact municipal funds share prices. Although, over time the losses would be offset with higher interest payments. Another potential risk is inflation, which could erode the bond interest payments and principal over time.

If You’re Unsure, Get Help

If you live in a state that has high-income tax, you should invest in bond funds that hold bonds that are issued by your state or local government, this way you’ll pay little or no tax on the income the fund produces.

I you live in a state that has little or no income tax, you might consider this ETF, ISHARES NATIONAL MUNI BOND EFT (symbol, MUB). It currently yields 1.5 percent, and has hundreds of state and local government municipal bonds from all around the country inside the fund.

Investing in a fund is good if you want a share of many muni bonds and don’t have the knowledge or time to purchase the bonds yourself. Although, by purchasing individual municipal bonds on your own will allow you to receive higher yields than you would from a fund.

Taking this route isn’t for everyone, and you should really have at least a minimum of $50,000 to invest, and you don’t want to put all your eggs in one basket. Instead spread out your investments across several bonds to minimize your risk and stay diversified.

What’s your approach to investing in municipal bonds? Let us know in the comment box below!