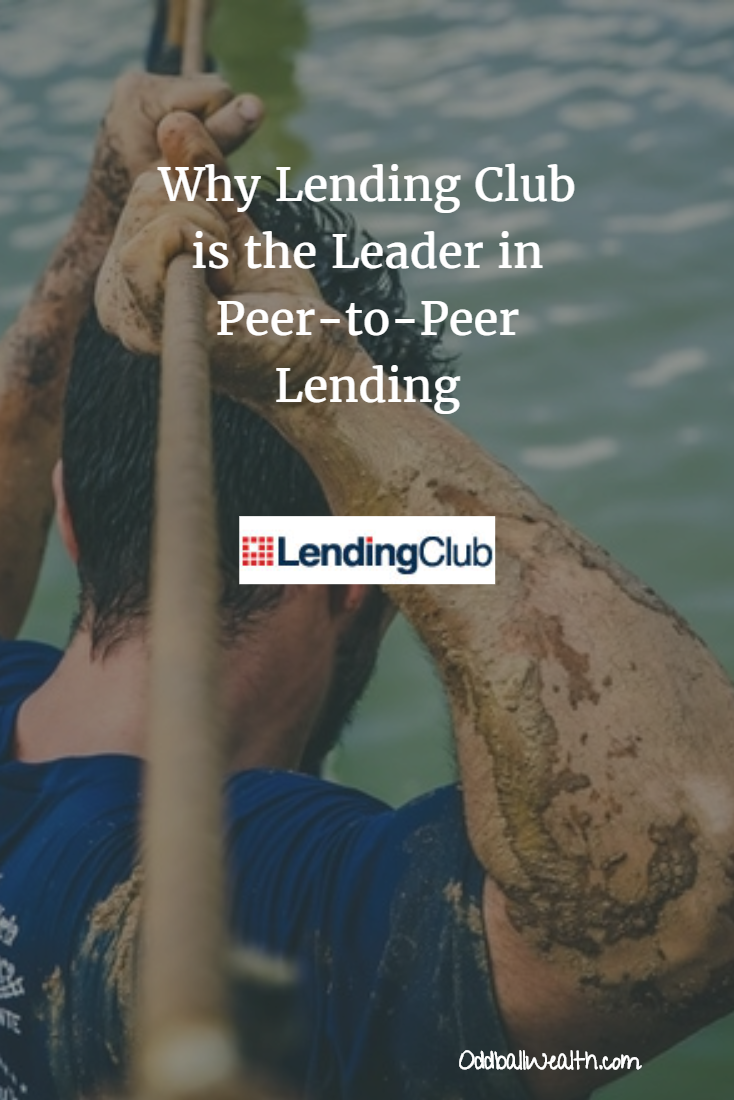 Peer-to-peer lending, or p2p, is a rapidly growing industry with constant new comers trying to enter the p2p game. Nobody could have predicted the amount of success and popularity the world of peer-to-peer lending has become, allowing borrowers to quickly and painlessly get a loan, and giving investors an extremely better rate of return on their money than they would receive from a bank.

In an industry that’s barely a decade old, many have entered and many have failed, but only one has stood the test of time and emerged to become the industry leader in the p2p world, Lending Club.

Since its start in 2007, Lending Club took the world of lending by surprise and introduced one of the first ever peer-to-peer lending platforms, also known as crowdfunding, which allowed borrowers to receive a loan completely online. Lending Club revolutionized the world of lending and changed the game completely, by offering personalized loans and business loans completely online, they eliminated the middle man, simplified the lending process 100 percent, offered low competitive rates, made the speed of getting a loan much quicker, and gave traditional banks a run for their money.

Lending Club has facilitated over $16 billion in loans

More than $16 billion, that’s the monetary amount in which Lending Club has given out in loans to borrowers to date, since 2007. A figure most banks can only dream about one day achieving and a fantasy for competing p2p lenders. $16 billion is an insane amount of money for a company that’s only 9 years old, but by taking a quick glance at Lending Club’s amazing track recorded, it’s not that surprising.

Lending Club has given out more than 1 million loans to help borrowers reach their financial goals. Since their start in 2007, Lending Club’s mission has been “to transform the banking system to make credit more affordable and investing more rewarding.” With that said, Lending Club has stayed true to their mission and have successfully surpassed over $16 billion in issued loans to consumers.

Most of their loans have truly helped borrowers, as 68 percent of Lending Club’s loans issued to their borrowers went towards paying off high-interest credit card debt or to refinance existing loans.

Savings get passed on to borrowers

Lending Club utilizes technology to eliminate the branch infrastructure that traditional banks use, which allows Lending Club to operate at significantly lower costs, savings that get passed on to their borrowers in the form of lower rates. On average, borrowers that received a personal loan from Lending Club saved 35 percent when compared to the interest they were paying on credit cards or other debt.

Lending Club recently increase the maximum loan amount on personal loans, as their borrowers can now receive a personal loan for $1,000 to $40,000 for anything they want! Whether it’s to pay off other high-interest debt or to consolidate debt, buy a car, make home improvements, or whatever else.

You can apply for a personal loan by visiting Lending Club’s secure website.

You can apply for a business loan or low-cost line of credit by visiting Lending Club’s secure website.